We have both always been animal lovers. I enjoy the interaction and challenges involved in training, showing and breeding. My Husband Henry just loves all animals and that love is mutual. I have never seen a dog that didn’t love him.

Henry is my greatest supporter, my driver, my water carrier, my van and trailer packer and most of all my Hero. We have been involved with import bred German shepherds since 1984. I was fascinated with the sport of Schutzhund and very impressed with the strict breeding criteria mandated by the German SV. We believe the German shepherd should be structurally correct, as genetically free of faults as possible and equally important that the temperament and working drives must be preserved.

My training as a medical research technician in reproductive endocrinology has been a wonderful advantage in the breeding aspect of our “hobby”. During my years at the University I was privileged to work and collaborate with many researchers, scientists and veterinarians from top small animal reproductive centers including Cornell, UC Davis, Tulane and even Université de Liège, Belgium and the Swedish University of Agricultural Sciences Uppsala, Sweden.

Since retiring from the University I have established an AKC approved canine semen collection and freezing facility, Canine Reproductive Technology. We are able to collect, evaluate, and process semen for fresh cooled breedings or freeze for long-term storage. We offer these services for all breeds of dogs. 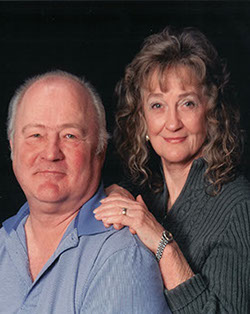 Please check back for upcoming litters.